Los Angeles Rams quarterback Jared Goff makes $33.5 million a season. That’s some serious coin in the NFL. For LA, he’s the face of the franchise, maybe, but the bigger question is if he’s THE franchise.

Goff started 0-7 in his rookie campaign. He was part of the Titanic that was the Jeff Fisher regime. Under Fisher, the Rams were closer to a doormat than a contender, and a team that best identified with .500 more than anything else. When Sean McVay entered the picture, the Miami (Ohio) alum went from 0-7 to the playoffs, and then the Super Bowl a season later. The sky seemed the limit. Now, not so much.

Entering Wild Card weekend, who starts under center for the Rams remains a mystery? That makes sense. John Wolford managed a win against the Arizona Cardinals, however, getting a win against the Seattle Seahawks is a different story.

Goff, who missed the season finale due to a thumb injury, is, and will be, the best option for Los Angeles in a playoff game in Seattle. Against the Seahawks, he’s 5-2 in their last games, and for better or worse, still has the ability to play at a high level.

Since 2018, a mere two seasons ago, the former first overall pick has a quarterback rating of 88.1. It was in 2017 and 2018 where the Rams looked to be a team on the rise. After a loss to the New England Patriots, LA is now a team who has lost its identity.

Still, he’s become a necessary evil for a team who is remarkably mediocre. Outside of the All-World Aaron Donald, Los Angeles is a team who poses little threat. Against the Seahawks, and especially against Russell Wilson, managing a playoff win will be tough.

Goff is fortunate. LA is fortunate. So long as Donald remains a game neutralizer, the Rams have a chance. Goff has a chance. But don’t be fooled, he can’t and won’t be the game-changer $33.5 million a year should buy. He just isn’t that good over a 16 game, 17 week season. All that said, he is their best option, which isn’t saying a whole lot. 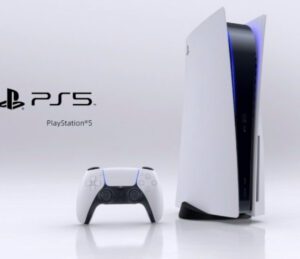