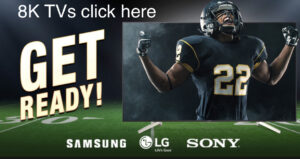 At the beginning of November CBS’ Jason La Canfora reported that there was tension between the Detroit Lions and Kenny Golladay. The strain is because Golladay wants a new contract and the Lions have been hesitant about re-signing the 27-year old wide receiver. And since that report came out Golladay has been sidelined with a hip injury. Now you could see on film when Golladay strained his hip. And you could tell that he wasn’t faking it. But at this point in the season everyone is banged up. Golladay is actually frustrated with his contract and he has every right to be. This has been one of Bob Quinn’s most impressive draft picks. One that transformed from a third rounder to the top receiver on the Lions. Golladay’s production has been better than Odell Beckham Jr’s over the past two years. So when you go out there and give everything you have for a team like Detroit. Through all of the losing, all of the frustrations, and still find a way to be at your best. That’s when it becomes easier to understand where Kenny Golladay is coming from. He feels like he’s earned that payday. And like so many other people in the world that feel under-appreciated by their employer. Golladay wants the Lions to recognize his contributions.